The Culture of Death: An Introduction Updated 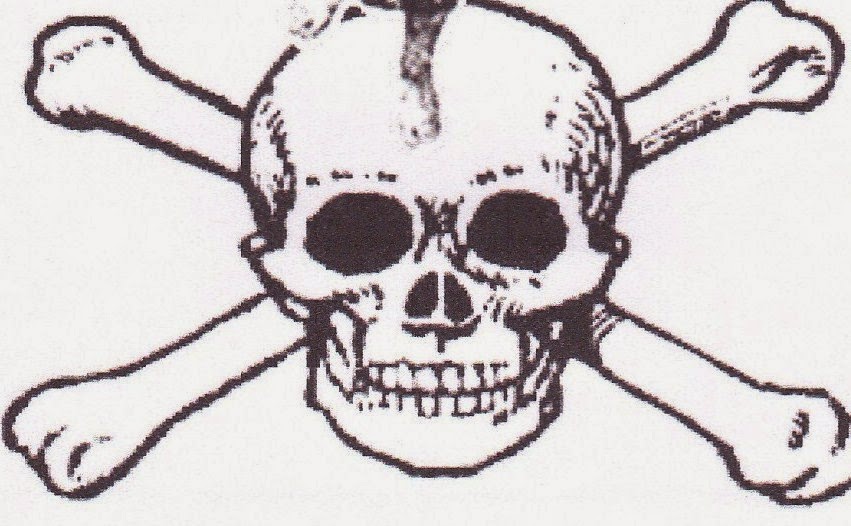 By ‘culture’ we mean the attitudes of a given society as expressed in and fostered by its politics, education, social care, arts, media etc. By ‘death’ in this context we mean anti-life practices. A society that utilises anti-life acts or the actual taking of life is a society which cannot be anything but a society which has espoused the Culture of Death. ‘Life cultures’ seek to help persons; ‘anti-life’ cultures eliminate persons. Whenever we see anti-life practices proposed or enshrined as the answer to life’s problems we know we are living in The Culture of Death, and it is the Culture of Death which is currently pervading Western society.

As Pope St. John Paul II stated: “it is true that we are confronted by an even larger reality, which can be described as a veritable structure of sin. This reality is characterized by the emergence of a culture which denies solidarity and in many cases takes the form of a veritable "culture of death". “While it is true that the taking of life not yet born or in its final stages is sometimes marked by a mistaken sense of altruism and human compassion, it cannot be denied that such a culture of death, taken as a whole, betrays a completely individualistic concept of freedom, which ends up by becoming the freedom of "the strong" against the weak who have no choice but to submit.
“We have to go to the heart of the tragedy being experienced by modern man: the eclipse of the sense of God and of man...Those who allow themselves to be influenced by this climate easily fall into a sad vicious circle: when the sense of God is lost, there is also a tendency to lose the sense of man, of his dignity and his life; in turn, the systematic violation of the moral law, especially in the serious matter of respect for human life and its dignity, produces a kind of progressive darkening of the capacity to discern God's living and saving presence.
“This situation, with its lights and shadows, ought to make us all fully aware that we are facing an enormous and dramatic clash between good and evil, death and life, the "culture of death" and the "culture of life". We find ourselves not only "faced with" but necessarily "in the midst of" this conflict: we are all involved and we all share in it, with the inescapable responsibility of choosing to be unconditionally pro-life.
“Walk as children of light ... and try to learn what is pleasing to the Lord. Take no part in the unfruitful works of darkness" (Eph 5:8, 10-11). In our present social context, marked by a dramatic struggle between the "culture of life" and the "culture of death", there is need to develop a deep critical sense, capable of discerning true values and authentic needs.” (cf. Evangelium Vitae)

Many fail to see the reality of the Death Culture because we cultivated it piece by piece over several decades. The approval of artificial contraception by the Anglican Communion (the ‘Church of England’) in 1930 was the first erosion of traditional morality in the minds of the populace, and it influenced many to accept the Culture of Death, leaving the Catholic Church the only voice upholding the Culture of Life (though many of her pastors and people also became blind to the Culture of Death; some –Bishops included- even advocate its acceptance as a ‘pastoral practice’).

Today, most people have come to see ‘anti-life’ acts as the answer to human problems, thereby espousing the Culture of Death. How did this happen? There are basically two precursors at the core of the Culture of Death being tolerated and promoted today.

The first precursor to the Culture of Death, which facilitated the blindness in man to the reality of that Culture, is the kind of person-centred psychology promoted by Carl Rogers. Rogers believed that at the core, all people are good, and that helped to find their ‘own solutions’ will always make a morally good choice. His fellow person-centred psychologist Abraham Maslow took Rogers to task for failing to recognise that iniquity also dwells at man’s core; that there is a fundamental flaw at man’s centre from which the individual's malevolent inclinations and actions  arise.

The second precursor to the Culture of Death is the social engineering enacted by protagonists of the death culture. These changed the language we use; softening-down the stark reality of the acts in question: infanticide became ‘abortion’ and ‘termination of pregnancy’; killing the sick became ‘euthanasia’ or ‘mercy-killing’; sodomy/buggery became ‘man-man sex/love’. This language was then promoted through the media (films, TV, magazines etc) until protagonists of the Culture of Death had gained enough credibility and influence to lobby for a change in the law and gain legal accommodation of these anti-life acts and behaviours. Bit by bit people got used to the new ways of speaking and thinking, and changed their behaviours accordingly, coming to live by the Culture of Death rather than the Culture of Life. This process of social engineering was akin to a frog in a pan of cold water brought slowly to the boil: unlike a second frog placed directly into hot water, the first frog does not jump out; it constantly adapts to the change of temperature as the water comes to the boil -which ultimately proves fatal.

Aspects of the Culture of Death which we can criticise for their harm to human persons and society are the following.

Artificial Contraception, since it acts against life, is thus part of the culture of death. Indeed artificial contraception is the foundation stone of the Culture of Death since it allows the act geared toward one unique gaol -the procreation of the species- into an act of mere recreation free from the propagation of life. Bonding of the couple, often used as a reason for non-productive sex, can be achieved in other ways so it is not intrinsically linked to sex, but the propagation of the species is possible only via sex, so claiming sex is necessary for bonding is a false argument. Synthetic hormones in the pill, patch, injection, implant, are all chemical contraception, and are the only drugs prescribed by a doctor to disrupt healthy functioning, which means the woman who uses them is engaging in chemical warfare against her own body.  Barrier methods (condom and cap) spread disease since they do not prevent STD’s which spread by skin contact and not by penetration. Thus, these methods too are part of the Culture of Death. Tubal ties and vasectomy permanently eliminate (kill-off) the life-giving powers of the person and as such they too are part of the Culture of Death. The IUD or Coil, though often called contraception, is in fact an abortion device, preventing implantation of a conceived embryo which passes through the womb and dies in menstruation. As such, the IUD too is part of the culture of death.

IVF (‘test-tube baby’ techniques) annihilates several embryos in each treatment cycle, killing around eight to ten blossoming human lives to achieve one healthy delivery. As a destroyer of individual human lives. IVF tis part of the Culture of Death.

Embryonic and foetal research all include the destruction of human embryos; of these individual human lives,. Thus,  like IVF, they are part of the Culture of Death. (People may be blind to the fact that IVF and embryonic research are part of the Culture of Death in that the aim is to bring about new and healthy lives, but we cannot engage in the destruction of ten children so that one may live, or engage in human experimentation so that we can eradicate disease. Medical science does not need human experimentation in order to progress. That tactic was used by the Nazi’s and condemned the world over.

Homosexual acts use the life-transmitting act in ways that cannot generate life; ways which, additionally, bring STD’s and physical damage (i.e., ano-rectal tears/trauma), so these too are part of the Culture of Death.

Transgender surgery aims to eliminate (kill-off) one’s birth sex. Indeed, it is a lie tod to society and individuals since we are always our birth sex in our DNA. The most that can be achieved by plastic surgery is a mimicking/impersonation of, the opposite sex. As an eradication of life-giving powers and a mutilation of the body, Transgender surgery is part of the Culture of Death.

Intoxication by drug & alcohol abuse renders one more liable to accident and attack, risking life and limb. As such it too is part of the Culture of Death. One does not ‘get a life’ by endangering one’s life.

Where does the Culture of Life differ from the Culture of Death? The Culture of Life requires that we (and the law) recognise the intrinsic equal value of every human life, male or female, young or old, black or white, sick or well, born or unborn, so as to provide help in a person’s social needs and healing in their illness. In the Culture of Life, abortion and IVF are replaced by adoption, which upholds the life of every child and provides parenthood to husbands and wives. In the Culture of Life, stability of family life replaces temporary relationships and the family chaos that ensues with successive living arrangements. In the Culture of Life, friendship replaces aberrant homosexual acts which bring disease. In family planning, artificial contraception is replaced by natural family planning as provided by naprotechnology. Developed by Dr. Thomas W. Hilgers, MD, naprotechnology works with the woman’s body, allowing a couple to space out their children naturally and in many cases, restore health where there is infertility, endometriosis, polycystic ovaries and ovulation failure. Successful pregnancies after successive miscarriages have also been achieved by naprotechnology, even in cases where IVF has failed. It is a natural, healthy process of both contraception and conception.

Is not the Culture of Life not a healthier culture than the killing of unborn babies and of the sick? A healthier culture than one in which friendship and mutual respect replaces damaging sex acts? A healthier culture than one which spreads disease and abandonment of spouses and children by serial cohabitation and serial sexual experience? A healthier culture than one which encourages self-mutilation? And while we know marriages also break down, this has increased not simply because of easier divorce laws but because we have made persons and relationships disposable by promoting sexual liberty. In that sex is now a recreational experience and can be engaged in with reduced likelihood of pregnancy, infidelity has increased, with all the pain and family break-down that brings.  Logically, there can be nothing ‘healthy’ in a Culture of Death, since health and death are clearly opposites. The Culture of Life is the only one that can produce a healthy, stable society with persons valued at all stages -and in all conditions- of life. All the culture of death offers is the elimination of persons.
Posted by Fr Dickson at 12:28