James Preece has announced that he and his wife have joined the Latin Mass Society and thus became “bona fide card carrying nutters” (see here). Sadly, this is how many who support the TLM are seen; as eccentric nutters; a people who are afraid and seek security in the past. This is entirely wrong. Those who join the LMS or attach themselves to the TLM as their form of worship are like the sensible man who “built his house on rock”; they are men who remain attached to their roots for firm anchorage in “the faith delivered once for all to the saints”. 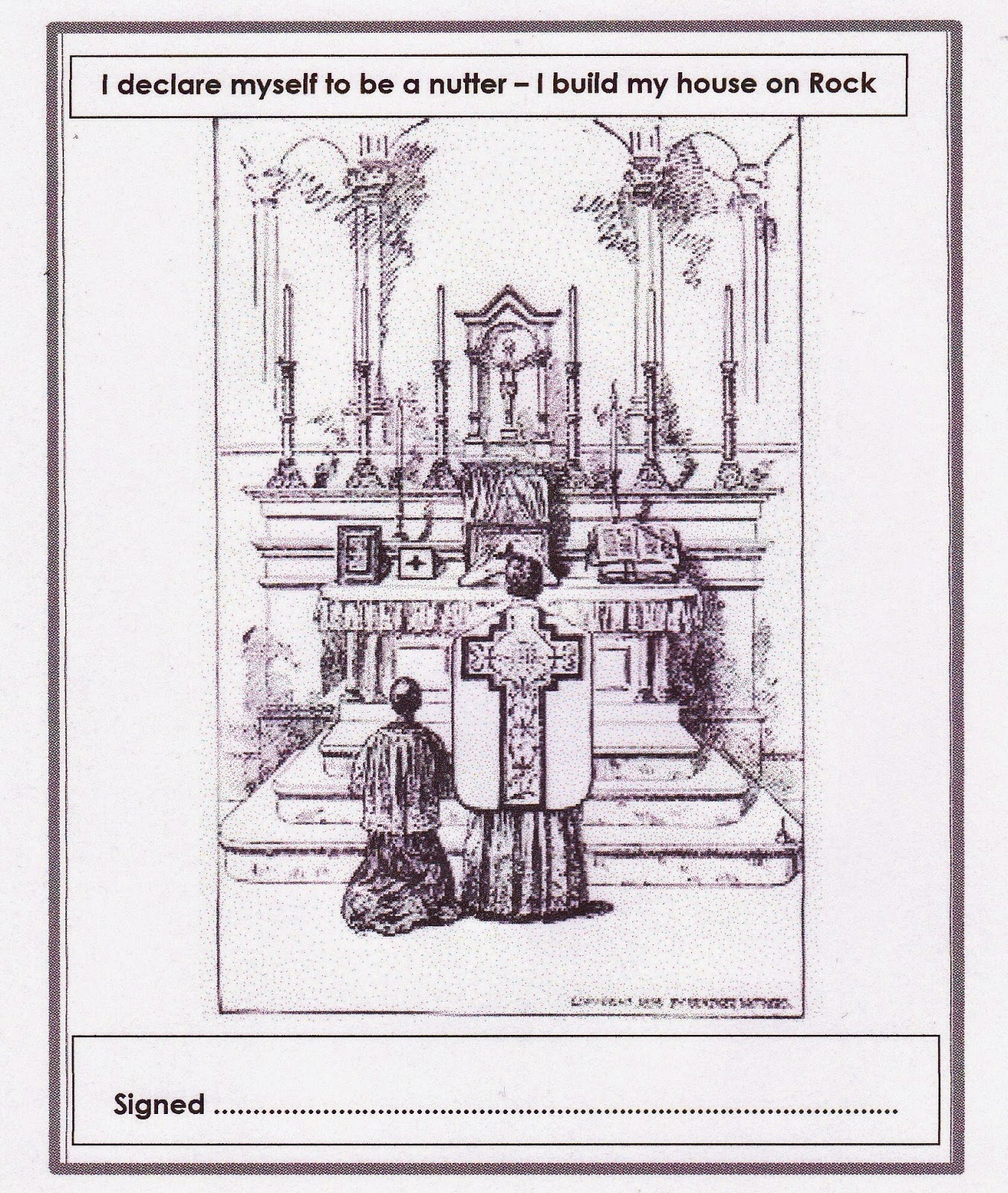 Joining the LMS, which I heartily approve of, may make a man seem like a ‘card-carrying nutter’, but only to those who do not, will not, or cannot value Sacred Tradition; those who want a form of worship that affirms the people, and a ‘do not judge’ Church which gives them the autonomy in moral and doctrinal matters that Adam sought in eating the forbidden fruit. Before God and the saints, I dare to say the card-carrying nutters are seen as fully and authentically Catholic, and those who abandon the Doctrine and worship of their forefathers as the nutters. Yes, TLM’ers are, like all of us, sinners, but they are folk who ‘push the envelope’ to encompass the whole of the Catholic Revelation and not just that portion which began in the 1960’s. Thse who do not, will not or cannot value Tradition box themselves off into a seriously flawed standpoint: that of following the latest moral and sociological fads to which they must constantly adapt in order to be ‘relevant’. As one Anglican clergyman said, “He who marries the spirit of the age is bound to be a widower in the next”. The Church is now packed with such widows who do not seem to see that the death of their spouse is the result of their pursuing every new novelty as though it were a new revelation.
Posted by Fr Dickson at 13:25