The rejection of traditional moral behaviour over the last fifty years arose with the adoption of the person-centred ideology, with the result that today’s society is built on the self-indulgent premise of “whatever is right for me”. To permit for this self-indulgence society has constructed for itself a morality of risk management and harm reduction; a society which is so self-indulgent and pleasure-seeking that, in order to engage in sex with whoever, whenever and however one likes, has given itself the ‘right’ to kill the child in the womb if money is short; if the child interferes with one’s life choices or is disabled, and the ‘right’ to kill the terminally ill rather than provide compassionate care. In structuring itself this way society cannot even claim respect for human life as a value. Its only value is “what I desire, when I desire it, however I desire it and with whoever I desire it”.

Today’s atheistic society’s morality of risk management and harm reduction for self-indulgence is portrayed as a renewal of morality when in fact it is a regression to the morality of the ancient Greek and Roman periods when divorce, herbal contraception and abortion, infanticide, euthanasia and homosexuality were all in evidence. Those societies did not last. No anti-life culture which undermines the natural family and devalues human life can generate a stable society. How can it? Simply stated, whenever natural boundaries are replaced with mere risk management of self-indulgence, chaos will always follow as self-indulgent claims collide.

Having abandoned natural boundaries for risk management and harm reduction of self-indulgence, the so-called ‘enlightened’ folk generated the chaotic society we live in today; a society with increasing drug abuse by the youth in order to ‘get a life’; increasing youth suicides, increasing violence; increasing relationship and family breakdown and increasing rates of STI’s (from c.5 in the 1950’s to c.50 strains today, a result of indulging in sex as recreation rather than procreation; in sex as “friends with benefits” and homosexual activity. Focusing society on mere risk management and harm reduction has not brought us freedom but bondage to our base passions. We have become animal-like; people driven by instinct rather than reason, all the while fooling ourselves into thinking we are intelligent simply because we can reduce the individual’s risk of harm from engaging in unnatural and damaging behaviours.

As I said in an earlier post, there is a tendency today to see religious people as ‘brainwashed’ or narrow-minded, yet it is secular society which is ‘brainwashed’ since, having washed away traditional moral behaviours with its ‘open-mindedness’ and individualism (the ‘whatever is right for me’ attitude) it has blindly generated today’s chaotic society. Be sure of this: it is not a liberated or ‘free’ society that has evolved in the last fifty years, but a society driven by base instincts rather than reason; a society which cannot do other than end in chaos since we cannot build a cohesive society on individualism.

Is there a way to overcome this chaos? Yes: protection of the natural family and of natural sexual activity in a life-long union. This gives persons security of life, a sense of lasting value and a sense of responsibility to us all. This is common sense. Unfortunately, as Cardinal Arinze is wont to say, “common sense isn’t very common”. 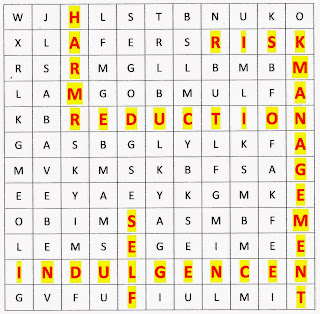