True Romance: chastely does it 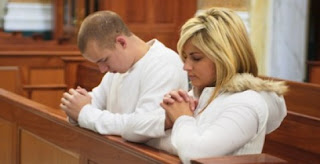 At the weekend I heard an excellent homily in which the priest spoke frankly and with insight and orthodoxy about the necessity and benefits of chastity, both spiritually, practically and interpersonally.  One of the points which resonated was that a lack of chastity in any relationship, be it a marriage, dating or within single/consecrated life, will poison it and stunt its growth – sometimes permanently, I hazard to add – by marking a point at which we cease to see one another as persons whom we long to know and be known by in increasing fullness and integrity and, asserting that we’ve passed the turnstile and  ‘begun a romantic relationship’, all but cease seeking to deepen our ‘knowing’, and begin unwittingly[?] treating each other as objects; entities whose persona is irrelevant, for “gratification comes first”.

But what do I mean by a lack of chastity? After all, surely we all know to avoid such things as fornication, lustful thoughts, speech, pornography, inappropriate touching etc. ...  Indeed we hopefully do; and we would probably never convict ourselves of using the body of another for our own selfish means, or of lusting after him/her.  But what if it occurred in a manner, and under the belief, that it appeared to be a ‘good’?  Isn’t that how Satan tempted our first parents, by suggesting they would become more like God in whose good image they were created?

Isn’t that what many can do but have been conditioned not to recognise, and even to see it as a good to be aspired towards?  As with any good and holy thing in this world, the Father of Lies will attempt to distort the development of love between a man and a woman in an occult, subtle way.  He seldom tempts an honest man with an impulse to rob a bank, or a chaste spouse to leave his family in search of a mistress.  Faced with such glaring temptations, he knows we would immediately recognise them as wicked and reject them.  So instead he corrupts our will in piecemeal fashion; gradually tempting us toward lesser sins in increasing gravity until our wills are so weakened and damaged that, like a snowball rolling down a debris-strewn slope, we numbly assimilate anything that approaches.  And since we can only love another to the degree that we know and recognise them as persons, what better way of undermining the strength and love of a marriage than by impeding spouses’ knowledge of one another?  But only a fool would expect success by nicking away at a well established marriage: an oak grown thick and sturdy under the nourishment of grace.  Instead, why not poison it as a sapling?  Why not impede relationships at their earliest point: friendship and dating?  How?  By introverting our gaze; the essence of all sin: the turning towards self.

Now, almost all of us have probably experienced the excitement –albeit of lesser frequency in the current spiritual climate– of meeting new persons with whom we see eye to eye on matters of The Faith and whose personality we initially strike a rapport with: each person enjoys the spiritual and intellectual stimulation and the germinating bond that comes with sharing who they are: their pasts, presents, future aspirations; their joys, struggles, tastes and dislikes.  Conversations can seem endless; joint prayer, enriching.  And it is upon such foundations that grace works to produce a solid bedrock of mutual respect, admiration and love; a base which, though injury, sickness or distance assail and impede physical contact, cannot be fractured, for it is a union of persons, whose minds and hearts know and embrace one another with strength, and a willed permanency no hug or kiss could match.

However, I think such a real and truly good enjoyment of another person has been undermined by the subtle introduction of secular ideologies and praxes into Catholic dating.  Though many laugh and scorn historic courting practices like chaperoning and avoiding ‘unnecessary’ touching et.al in favour of ‘modern’ courtship, I cannot help but see their comprehensive rejection as detrimental.  Rather than esteeming the increasing rapport and growing understanding of one another’s needs and preferences (and the discernment they facilitate, not to mention the ability to show true –affectionately charitable– ‘romance’) that come with conversations and activities shared, many seem to have ascribed a huge and unhealthy importance to things like beginning to hold hands, cuddling whilst watching a movie, and ‘the first kiss’, as though they were intrinsic to love or dating relationships with mutual affection.  Even to the point of acting contrary to their own personality because of pressure from unwritten rules to be ‘forward’ lest they appear lacking in confidence or feelings of attraction, or come across as is pejoratively termed, ‘puritanical’ or ‘prudish’.  Many men and women seem led to believe that without romantic kissing ASAP, “They’re just not that into you”.

And so a man’s gaze can be diverted practically by focusing on choosing the ‘right moment to make a move’ in order to secure his date and assert his manhood, rather than enjoying dialogue; and spiritually because the life of grace in his soul risks being undermined as concupiscent lustful appetites are fed rather than mastered.  Whilst a woman’s gaze can equally risk being diverted spiritually; and practically, by seeing the absence of kissing as either a lack in masculinity, confidence (noted as a major attractive quality) or a slight against her value and beauty as a woman.

But is a kiss during dating truly necessary and a sign that we care for and respect another person, or simply a way in which both parties enjoy carnal delight?  I suspect the latter.  After all, the joining of lips is not necessary in order to express affection or to get know a person.  And let’s not kid ourselves that saintly selflessness and purity are the driving forces: true, people may indeed come to admire and esteem one another highly, but the ivy of lust can grow alongside such goods and strangle them.

It seems to me both more charitable, holy and fruitful for dating Catholics to agree to abstain from romantic kisses.  From prayer and discussion, I believe it will preserve and foster the virtue of chastity and self-mastery and prevent us seeing one another as simply members of the opposite sex to be enjoyed.  That it will prevent hastily-formed emotional bonds which are painful when broken, and instead allow focusing upon the development of mutual interpersonal knowledge without the emotional fog which follows in the wake of seizing upon a tangibly defined ‘romantic relationship’ before coming to know one another as individuals and discerning whether each actually wants to consider courtship towards marriage.  That it will allow for development as individuals in our ability to gain pleasure from innocent things like conversation and shared activities; and that it will ultimately benefit our marriages and families, because marriages can be entered with persons who are known and valued independently of the contours of their bodies or sensations experienced, and with whom can be shared a greater certainty of being ‘well-suited’ for the Pilgrimage to Heaven: for raising holy families and growing in sanctity and love in the presence and assistance of one whose company is truly enjoyed and treasured.

And of those who would insist that kissing whilst dating remains a romantic necessity, I would ask,  “Is it really asserted from a convinced conscience as a requirement; or rather because, ‘I want to.’ ? Because isn’t that the essence of self-will we’ve discussed: 'I will do this, because I want to' ?”  There are numerous ways to demonstrate affection and be romantic without it: opening doors, genuinely asking how the person feels in given situations, ensuring they are warm/comfortable, buying treats that they enjoy, learning about their hobbies and interests, listening to their stories or opinions...to name but a few.  And let’s not forget the spiritual aspect of praying together; or of praying privately for the person; offering sacrifices and penances for them and their intentions, howsoever small the act may seem.  It may be giving up a biscuit; allowing your shirt/blouse sleeve to stay, unbeknownst to anyone else, in that irritating ruffled position when you put a jumper on; pausing your music in the car until you’ve passed the next on-ramp; not savouring that last little bit of jam that fell from your scone onto the plate...because when united to Christ’s Precious Blood, even the smallest good things gain infinite value.  Let’s not forget that St. Therese’s motto of ‘Doing little things with great love’ is not a flowery, dilute way of resigning oneself to offering shop-soiled sacrifices to God, but a way of great heroism and trust that, as Fr. Dickson has often said, “For every mile we walk, God will walk three”.  We do, after all, worship a God who multiplied a few loaves and fish to feed thousands!