Our Garden has been taken in hand, shovel, spade and saw over the last few weeks by four of our parishioners, expertly supervised by our new Grounds Manager Mr. Paul Duffy who, with his new, full-face beard, bears a striking resemblance to Desperate Dan of comic book fame. There were some comical moments in the work: an old, dead and stump-filled tree fell upon and crushed some of our equipment as its last act of terrorism (it frequently caught hold of telephone wires when winds blew and rain fell); the two-foot deep carpet of ivy and weeds had to be prised off the garage roof, refusing to move until chain-sawed, hedge-trimmed, hacked and prised off with shovels... coming down in one fell swoop it very nearly took with it our own Desperate Dan, who played to the camera as if he had lost the battle.

Not that there is any ulterior motive in his getting the garden ‘groomed’ so to speak, but let me tell you that ‘Dan’ accepted his role as Grounds Manager just four weeks ago...eight weeks from being groom at his wedding where wedding photo’s are  planned...! How well timed was my request for him to take on the task! 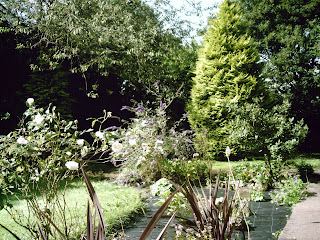 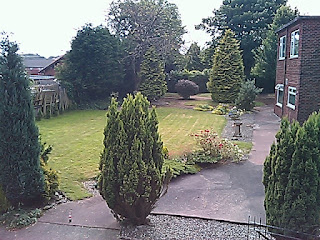 Prayers for Paul and Victoria, his bride to be, as they begin their married life please –and for me, that I don’t lose a Grounds Manager once the cake has been cut and the wine sipped...after all, married life can be hectic as many can attest!
Posted by Fr Dickson at 10:56