Fr Blake has an article on the Sign of peace (here), and the FIUV have published a Position Pater (see here). What follows are my own thoughts.

For me the Sign of Peace is one of the most irritating aspects of the Novus Ordo in its concrete celebrations. Having just prayed for peace among us, peace immediately disappears as the folk shake hands with one another, and some celebrants (illicitly) leave the sanctuary in order to join in as though the peace he has just offered from the sanctuary is worthless. Thus the meditative peace built during the Canon immediately disappears from the celebration under a cacophony of noise and activity. 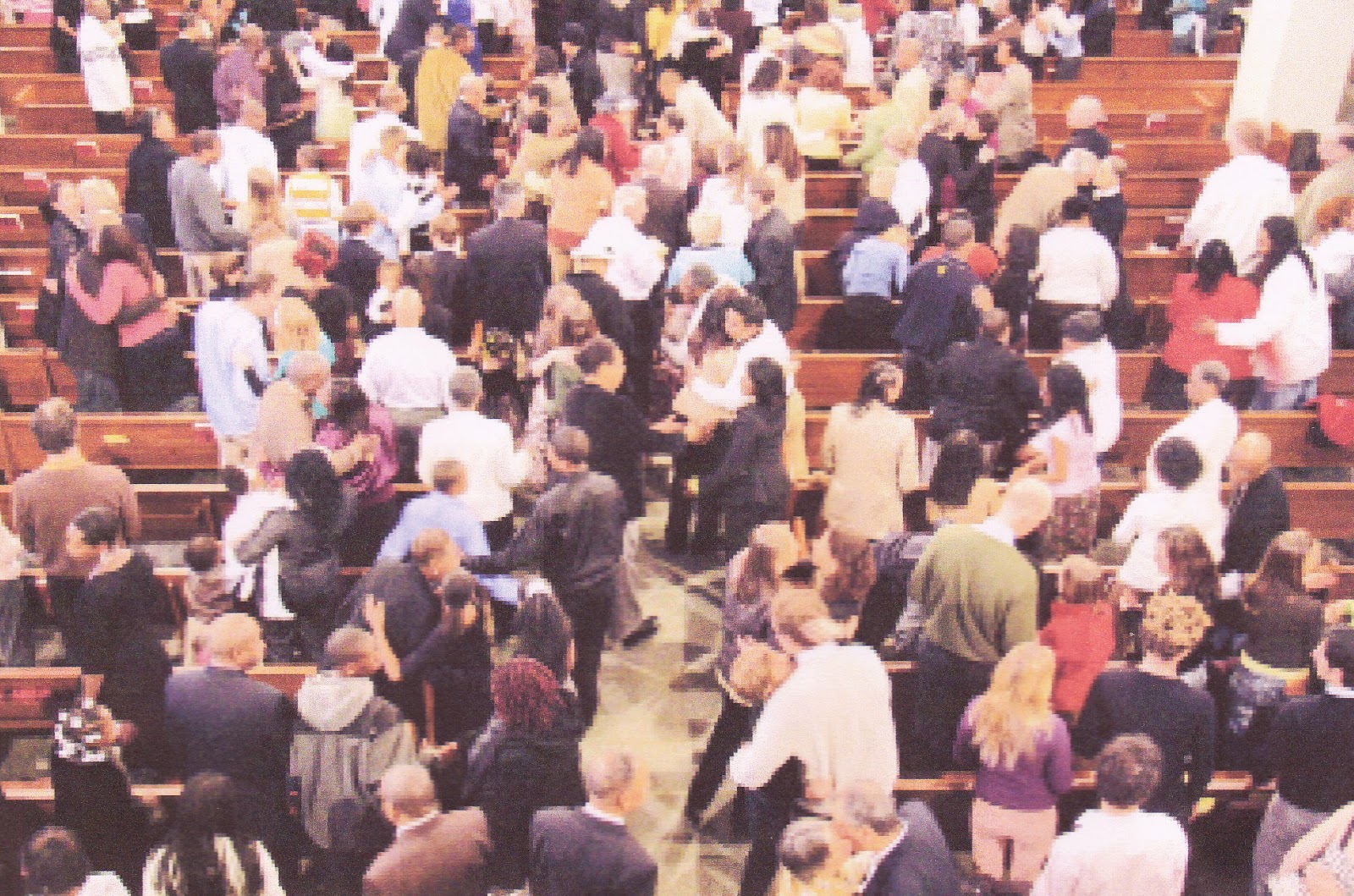 Secondly, the Sign of Peace is all too often used an exchange of well-wishing between family and friends, reminiscent of greetings at a local hop. This often becomes divisive: I had the experience just prior to ordination of being moved to the side by the woman in the bench front of me who wanted to shake hands with her friend in the bench behind me. I have also had a parishioner tell me that, having remained kneeling so as to pray over a distressing family problem, she was shaken on the shoulder with a rather curt, “Peace be with you”.

Third, the Novus Ordo form of the Pax can be decidedly lacking in pastoral sensitivity: those who are less clean in appearance are rarely approached, while survivors of abuse have told me they occasionally find it threatening.

Hygiene needs to come into the equation too. As one of my congregation pointed out, some folk have a habit of blowing and scratching their nose during Mass, then attempting to shake hands.

I know the sign of peace is loved by many because it is affirming, ‘warm’ and welcoming, but even a warm welcome can be marred by the runny noses, dirty hands and noisy activity which frequently surround this ritual.  If we are to have it, let the Bishops make it a real liturgical sign (the amplexus noted by Fr Ray) by removing the secular gesture (the handshake), and let the people contain themselves to their immediate left and right without the backwards and forwards commotion. It is, after all, a ritual sign, not a social exchange.
Posted by Fr Dickson at 12:00