We congratulate our Grounds and Buildings Manager –whom we have likened to Desperate Dan because of his build and beard- on his recent marriage. He, his wife and his family are a weekly sight at our Sunday Mass; one of them is particularly attracted to our biscuit tin (or rather its contents!).  Dan himself remains a figure often seen in our parish garden... though we want to be clear that it was not in the garden that he met ‘Eve’!
May God give His greatest blessing to them in their life together and to their families; may their spiritual lives flourish as beautifully as we hope to see the garden flourish under his care! 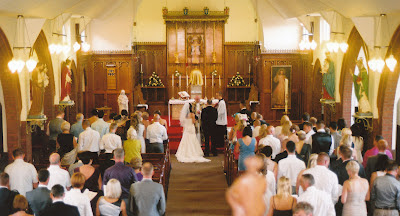 The Wedding was apparently enjoyed by all and a happy day followed a holy ceremony where sacred vows were exchanged, though not without a little nervousness from Dan –a solid build does not always mean we have no heart! 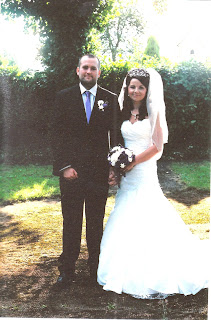